On the 12th of December, Geneva commemorates a historical event that has made the pride of it’s inhabitants since this memorable day in 1602 when the town won it’s independence. 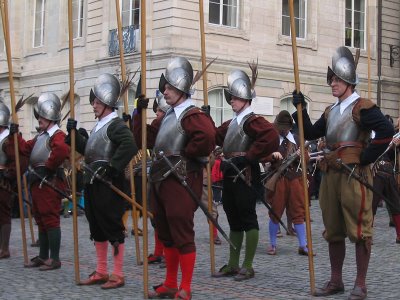 The name “Escalade”, meaning “the escalade”, originates from this special evening of December 1602, during the longest and darkest night of the year when the Catholic army from Savoy decided to attack the town and take it by surprise. The army climbed up the fortified walls surrounding Geneva with ladders as there was no other way to reach the town for it was well protected.

According to tradition, their plan to invade the town failed miserably thanks to a woman’s incredible courage. “Mère Royaume” ("Mother Kingdom" such is her mythological name) who was a Huguenot from Lyon, saved Geneva by throwing her hot cauldron of soup on the soldiers who were trying to escalade the ramparts/fortifications. The warning was given and the people who had just been woken up in the middle of their sleep faught with incomparable determination. 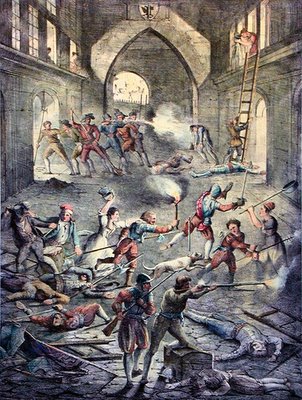 Her act of bravery has not been forgotten as it represents an important milestone in the history of Geneva. This observance has since then been memorialised between the 11th and 12 th of December, every year.

On this day, the people disguise themselves and, like for Halloween, the kids go from door to door to sing the traditional “Cé què lainô” song in order to get a bit of pocket money or sweets (chocalates in general). In the old town, like in 1602, battalions parade with horses and torches dressed up in their historical costumes and carrying the original gear, proclamations are made, old military music is played (fifes and tambourines), a big bonfire is lit in front of the cathedral St.-Pierre and guns are fired. All the closed places and secret passages of the old town (generally inaccessible all year long) are open. All the food stores and conectioneries sell chocolate cauldrons which are filled up with marsipan vegetables in honour of the woman who “saved” the town from the Savoyard invasion. A traditional vegetable soup is eaten and the fragrant “vin chaud” (spiced hot red wine) is drunken in the streets where they are being prepared.

Every family buys a chocolate cauldron and as a rememberance ritual, two people (the youngest and oldest) hold one another’s hands over the “marmite” (cauldron in French) and break it, uniting their forces, while pronouncing the sentence “qu’ainsi périssent les ennemis de la République!” (“that in this way, the enemies of the Republic perish!”)… 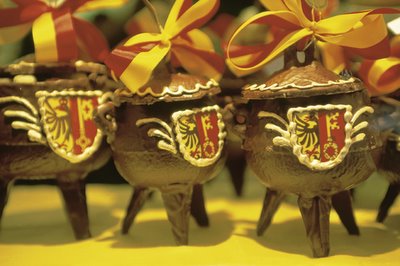 The “Escalade” is a kind of carnival which is only celebrated in Geneva and nowhere else in Switzerland. This special time of festivities lasts two days during which the people rejoice and the atmosphere is very joyful and colourful. If you like historical parades and reconstitutions, then the “Escalade” is for you!