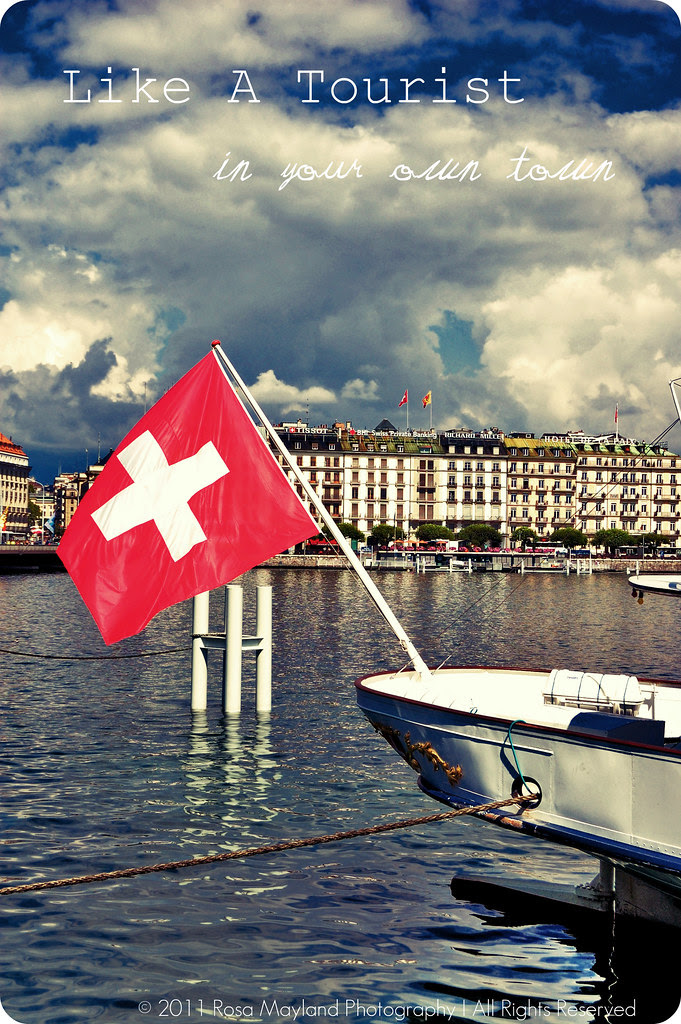 The holidays are oficially over. Done, as energetic, charismatic and infamous chef Gordon Ramsay would put it. The dream has died, at least for now. It is once again time to face the harsh facts, cold reality and boring everyday, imposed routine. Impossible to escape the rat race. It never ceases to harass you like a hungry hyena and suck you dry of your energy and vital force like a famished vampire. Whether we consent to it or not we are all slaves to the wage (or to the system)...

- Excerpt taken from the song "Slave To The Wage" By Placebo

The feeling of constantly running and wasting your existence for others is even stronger when it is impossible for you to make the most of those oh so precious, yet hilariously rare free days. Then, taking a break is a little bit of a torture as you are trapped in your rabbit box apartment and sentenced to not going out of a perimeter of a few kilometers around your domicile as taking cars, trains or aeroplanes is definitely not in your budget. So, in a way you feel trapped, deprived and like in a jail since you cannot escape your village, town and canton in order to get some fresh air. Money really determines the size of your cage, so to speak.

Don't get me wrong, though. I love to spend quality time between my four walls and if I had more resources, I would not be the kind of person who would travel frenetically and never be able to take some time out to relax at home. I am quite a tranquil and domestic "animal" who doesn't like to get stressed around or run like a maniac just for the sake of going away. Such tiring activities are not for me. They leave me empty and depress me. It is just another grind and I don't need that as I already have a plateful of this monotonous treadmill called modern life.

Tourist trap legolands, prefabricated and ugly hotels, phony paradises that all look the same wherever you go, people-crammed destinations, sanitized/sterile activities and accomodations (Western food, four-star beds, luxurious resorts, comfy trips, etc...) that don't disorientate you too much, yet just let you get a secure but not too mind-boggling glimpse of the exotic country you are "visiting" (most individuals don't want to a too drastic change of scene although they want to set foot on the other side of the globe), mindless and soulless quickie holidays that leave you feeling barren as well as drained or demented quests for things to boost about in front of your colleagues, family or friends repulse me. Instead of that, I'd rather see nothing else than my usual environment as I believe that if you go far afield it should have a purpose and be an enrichening as well as bewildering experience!

Why would one want to endure a long and exhausting journey, pollute the air we breathe and throw their savings earned from their hard labourship out of the window for a shellless vacation? What the point in getting into so much trouble just to export your safe way of living abroad? 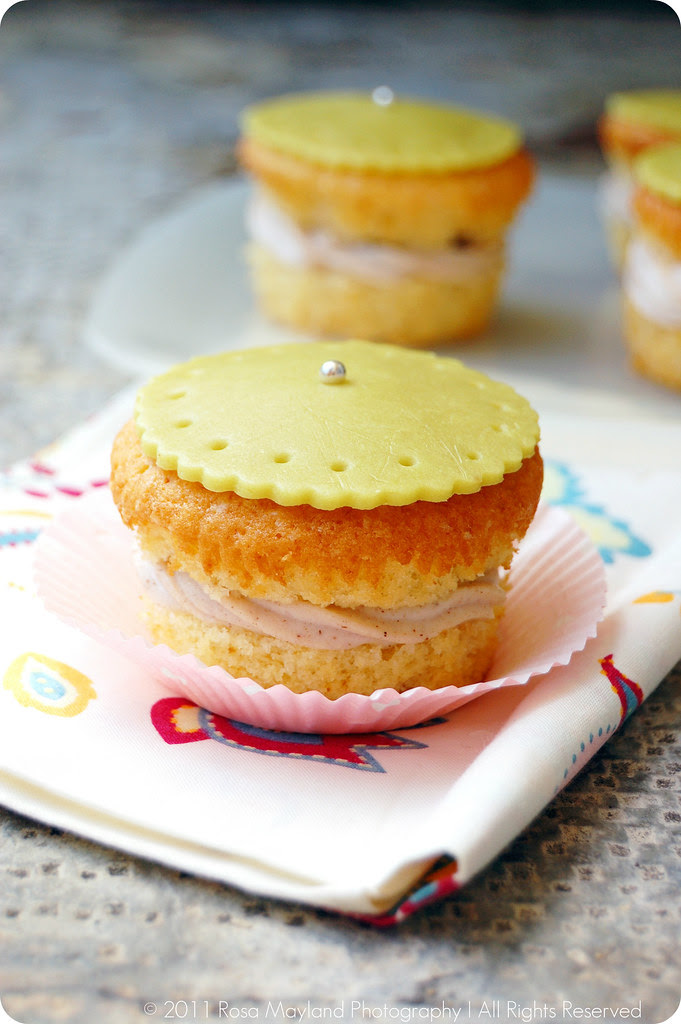 In my opinion, travelling is synonymous of discovery, astounding enlightement, indelible memories, stepping out of your comfort zone, enjoying the beauty of different and learning about other civilizations/traditions. In absence of that, I prefer to have fun without skipping latitudes and to play the tourist in my own district, thus rediscovering my city as well as the countryside surrounding. In fact, that's what I do every time I go out for a walk. I try to see the things I know in a totally new fashion...

It is to be said that blogs are a marvelous medium for journeying on a trip without leaving your seat. They open you up to other cultures, patterns of thinking and offer you a highly pleasurable visual stimulus. Quite a voyeuristic way of living through others, but so soul-uplifting when you are in need of some serious daydreaming in order to flee your tedious and not so glamorous life for a short while.

Cooking gives you the means of fantacizing and freeing yourself from your shackles too. I cannot recall how many times my mind has wandered to distant lands while having a amazing meal. Food is really a world in itself.

This is why, today, I wish to share with you my take on an Italian classic and make you forget that your children are going back to school very soon and that hot weather amusements as well as frivolity have sadly come to an end with the closing of the holiday season.

My Sicily-inspired "Cassata Cupcakes" will surely make you remember those deliciously lazy moments you spent while reading a book on your longchair, idly sitting on a restaurant patio, lethargically sleeping on the living room couch, gullibly sipping on a glass of frozen cold rosé, shamelessly faking boredom, fervently admiring the sun setting in the crimson horizon, flirting with the waves and effortlessly loitering around the streets of an unknown village or metropolis.

Of course, considering the fact that I am a person who likes to be creative, always itches to change recipes and to add her personal touch to them, it was out of question for me not to invent my own version of this gorgeous entremet. So instead of preparing a big cake, I baked cupcakes. Nonetheless, I decided to stuff them with a traditional filling and decorate them with rolled green marzipan as it is done in Sicily.

This is a fresh, refined, spicy, lightly boozy and divine summer sweet treat that is perfect for afternoon teas or parties with friends and is the ideal Sunday family lunch/dinner dessert. Just try it, you'll be ravished by its heavely taste. 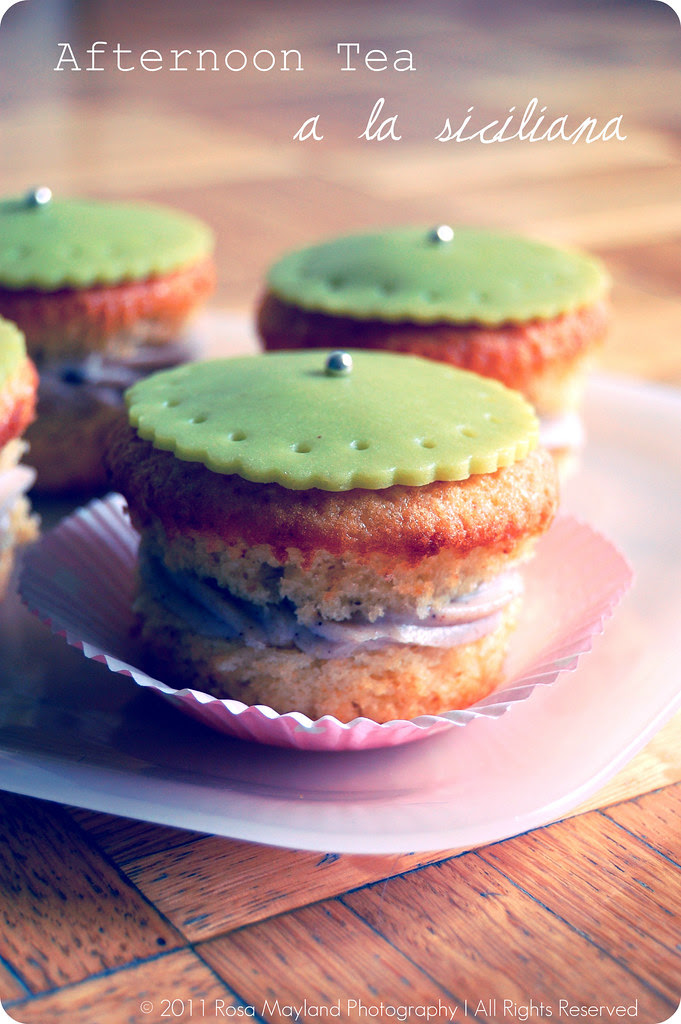 ~ Cassata Cupcakes ~
Cupcake recipe adapated from Amy Sedaris' "I Like You: Hospitality Under The Influence" and ricotta filling by Rosa Mayland 2011. 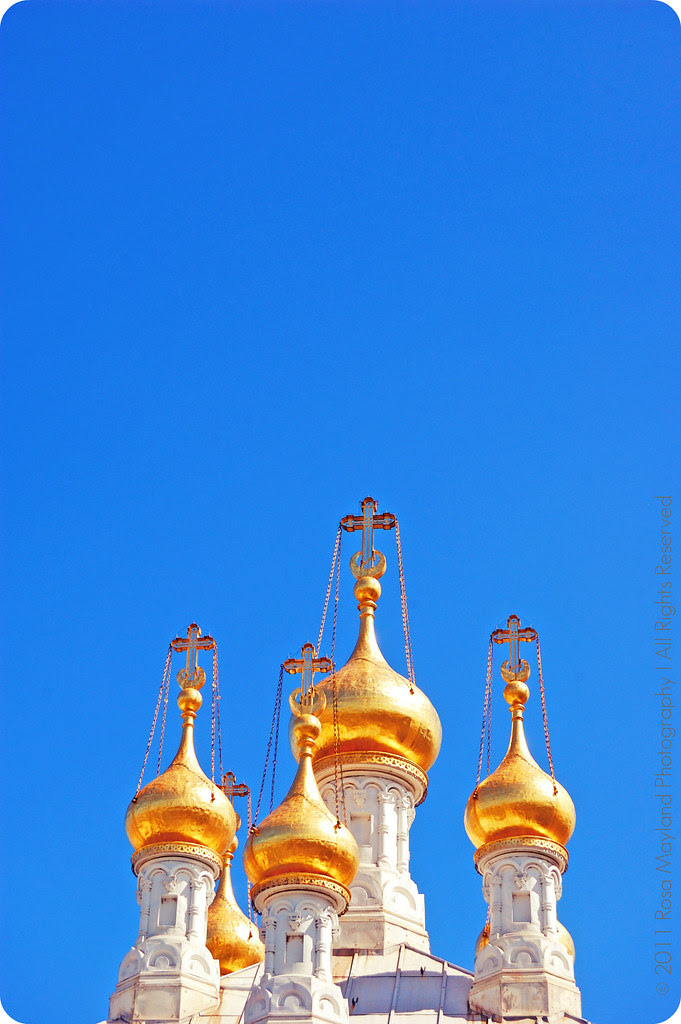 Method For The "Cupcakes":
1. Turn the oven on to 190° C (375° F).
2. In a medium bowl, mix together all dry ingredients (salt, baking powder and flour). Set aside.
3. In a big bowl, cream the butter until smooth.
4. Add the sugar and cream again until the mixture is white, light and fluffy.
5. Add the 2 eggs, one at a time while beating/mixing well until blended.
6. Add the vanilla and orange zest paste, then the dry ingredients and the milk, alternatively, while mixing well, until all ingredients are totally combined (homogenous batter).
7. Pour into individual baking cups, until they are about 2/3 full.
8. Bake for 20 minutes or until golden brown or until a toothpick inserted in the middle of one cupcake comes out clean.
Method For The "Ricotta Filling":
1. In the bowl of your electric mixer, beat the ricotta until smooth and creamy.
2. Add the confectioner’s sugar, cinnamon, vanilla, orange zest paste and blend until homogenous.
3. Stir in the chopped chocolate and whisky.
4. Chill until firm.
Method for "Putting The Cupcakes together":
1. Cut the cupcakes in two (horizontally).
2. Brush the insides with a bit of whisky.
3. Spread 2 tsps ricotta filling on the bottom part of the cupcake and assemble.
4. Roll the marzipan between two sheets of plastic film and cut rounds about the size of a cupcake, then cover the top of each cupcake with them.
5. Serve.

Remarks:
The cupcakes can also be made in advance and frozen for up to 3 months.
The filling can be made up to 24 hours prior to filling the cupcakes. Just cover and keep refrigerated.

Serving suggestions:
Serve those cupcakes as a teatime treat or for dessert with a good cup of coffee or some sparkling wine (Champagne, Prosecco or Clairette de Dille). 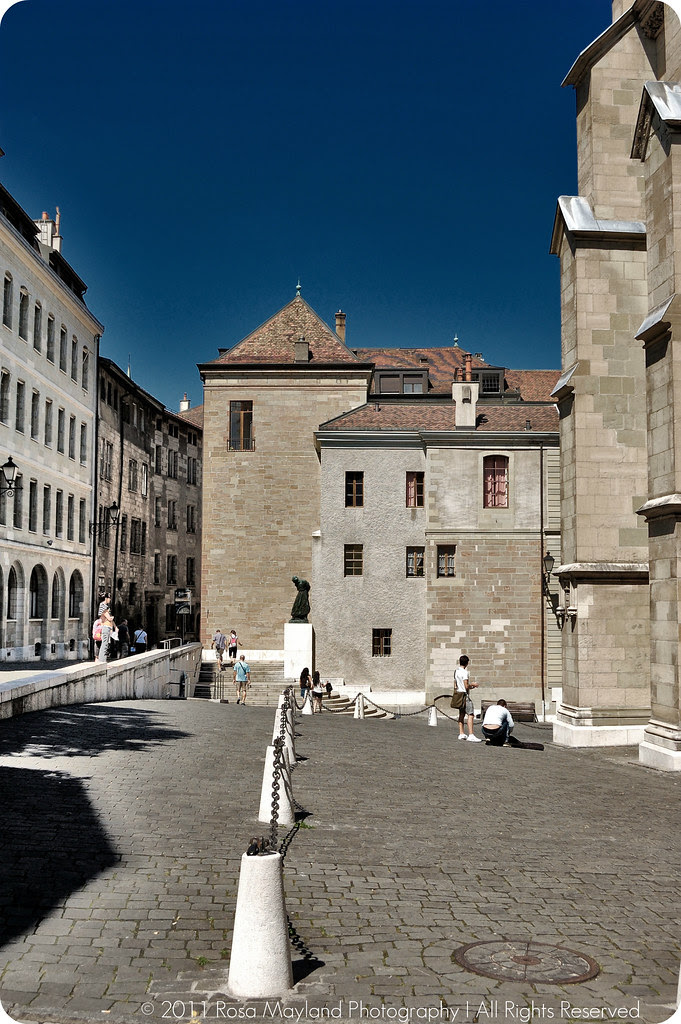 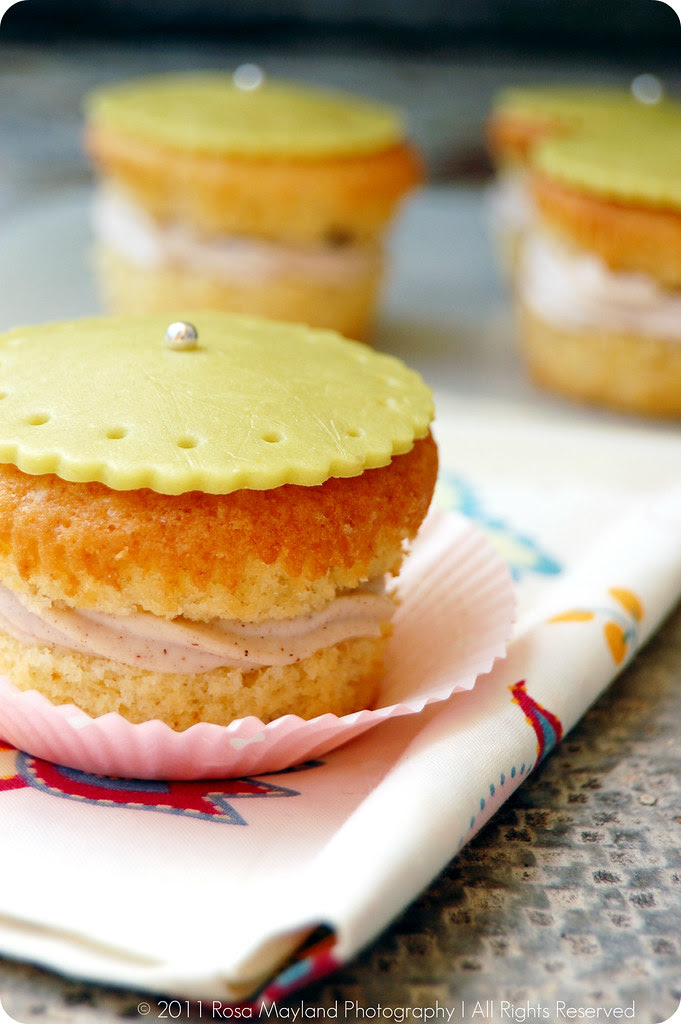 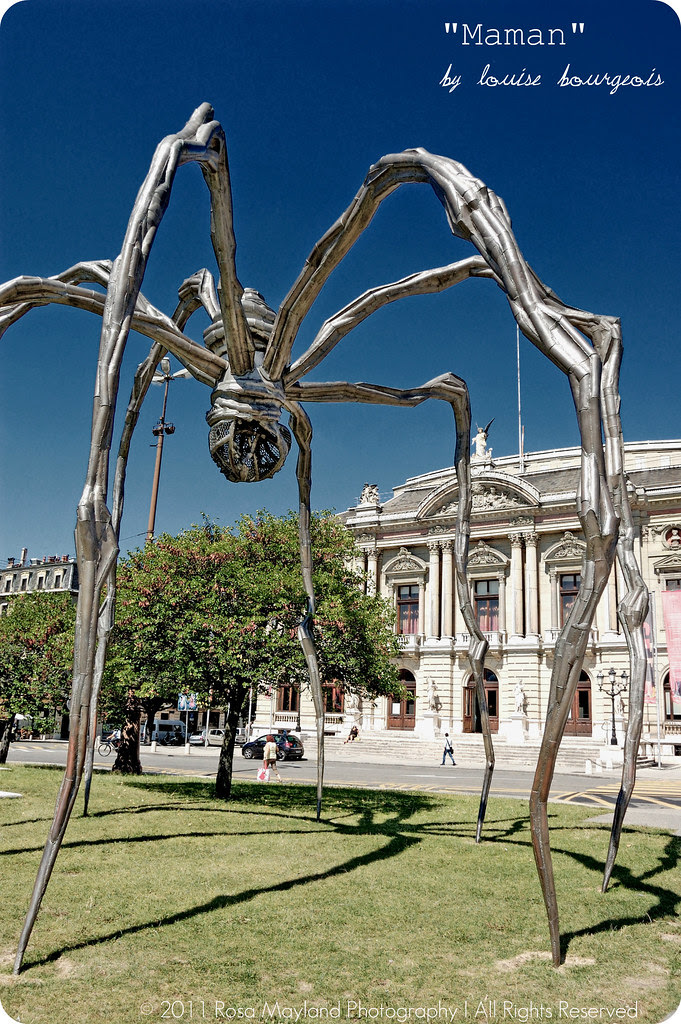