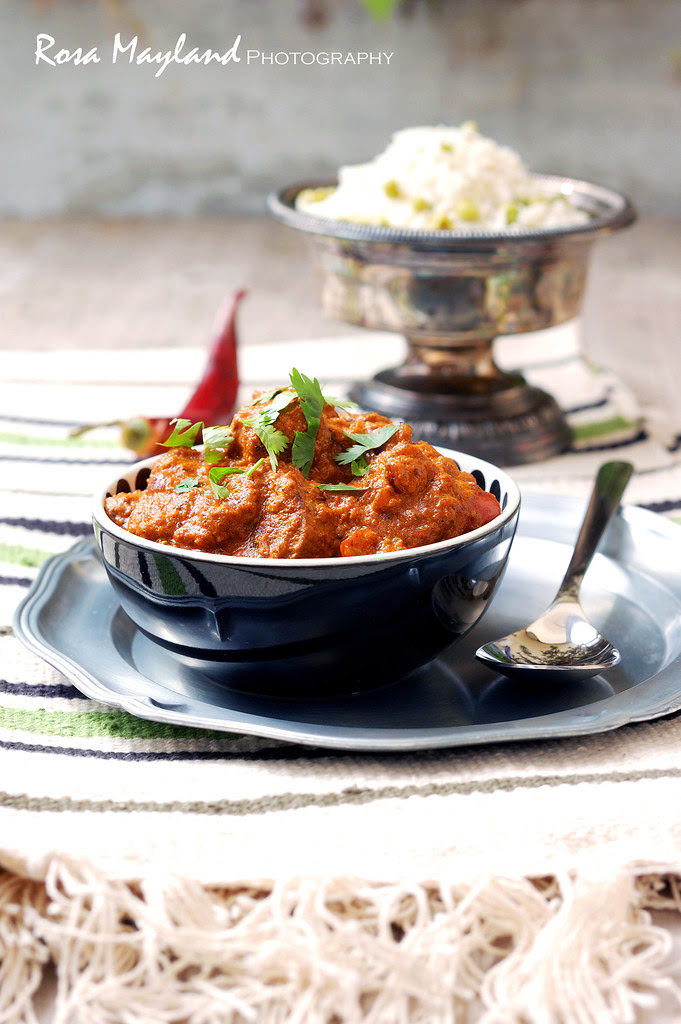 It was November - the month of crimson sunsets, parting birds, deep, sad hymns of the sea, passionate wind-songs in the pines. Anne roamed through the pineland alleys in the park and, as she said, let that great sweeping wind blow the fogs out of her soul.
― L.M. Montgomery, Anne of Green Gables

November is an in-between month. Neither is it exactly autumn anymore nor can we say that it is yet winter, hence it could be described, to some extend, as devoid of character and drab.  Nonetheless, despite its apparent insipidity, this epoch of the year is far from being dreadfully uninteresting or desperately morose. As a matter of fact, provided that you open your eyes and set aside your prejudices, you'll soon realize that there's something delightfully beautiful as well as totally romantic and dramatic about the late fall season.

Endings and periods of transition are always moving, tragic and, at the same time, incredibly thrilling. Although nights are getting longer and the temperatures are dropping drastically, one cannot refrain from getting excited about the exhilarating scents of firewood and earthy smells of the ground, divinely envigorating crisp air, mad chirp of starlings filling the bushes and persistent croaking of crows, first snowfalls, threateningly black skies, thick mist rolling up the valleys and licking at the creases of the mountains, piercingly sharp sunlight, gloriously fiery and deep lilac sunsets and rusty hues of trees. Blissfully gorgeous sceneries and powerful atmospheres that make you cry and give you the impression of being alive. Mother Nature is the ultimate artist and her life-size chef-d'oeuvres cannot be equalled or leave you impassive.

With the arrival of the bitter cold and dreary weather as well as the long-lasting obscurity, our desire for cocooning grows bigger every day and our craving for meals that are rich, hearty, warming and homey becomes irrepressible. Spending evenings in the cosiness of our apartment or house and enjoying dishes that uplift our soul is just what we need when layers start to pile up under our coat and the lack of natural luminescence affects us physically (low energy), mentally (depression) and emotionally (mood swings). 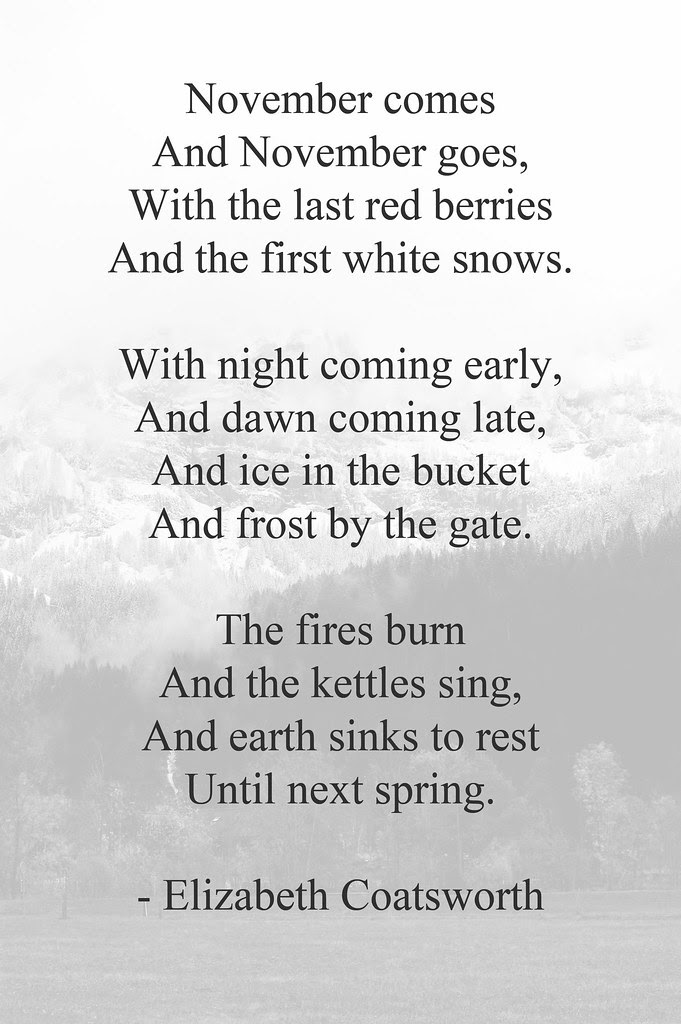 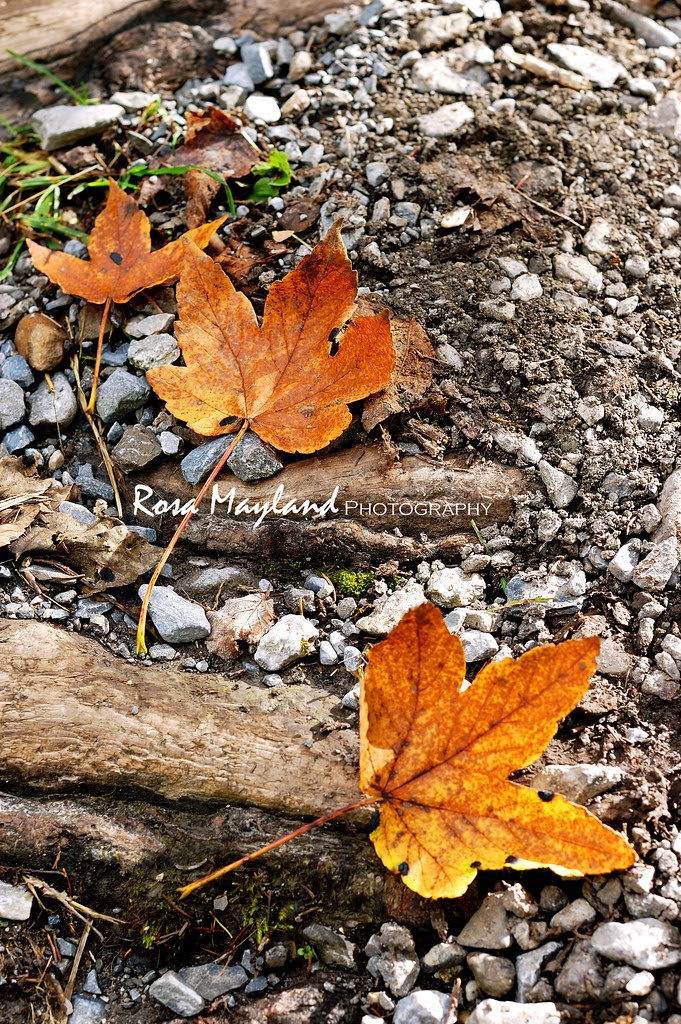 Although I try to feed healthily and rarely cook meat or anything hyper-nourishing during the week, it doesn't mean that I don't fancy seeing substantial dinners occasionally land on my table. Like any of you, I also love to indulge on less cholesterol-friendly eats such as "Saucisson And Gratin Dauphinois", "Boudin With Apples And Creamy Mashed Potatoes", "Cheesy Spaetzli Casserole", "Basler Mehlsuppe", "Chicken And Mushrooms In Creamy Saint-Marcellin Sauce", "Greek Pork Stew With Quinces" and "Toad In The Hole" or more exotic and invigoratingly spicy chow such as a good curry.

Speaking of which, I have to point out that the cuisine of Asia offers a vast variety of comforting specialities which not only raise your spirits high and fill up your stomach, but also tickle your taste buds wonderfully. One of those soul-soothing delicacies is "Tikka Masala" which I first got to taste in England - my grandmother prepared it with freshly caught North Sea cod which she bought from the local mobile fishmonger.


Different versions of this dish exist (it can be concocted with various meats, fishes and vegetables or even with paneer cheese), but "Chicken Tikka Masala" is by far the most popular of them all, especially in the UK' where it is undisputedly the nation's favorite "Indian" dish. A true British classic which transcends all generations, races, cultures and classes. 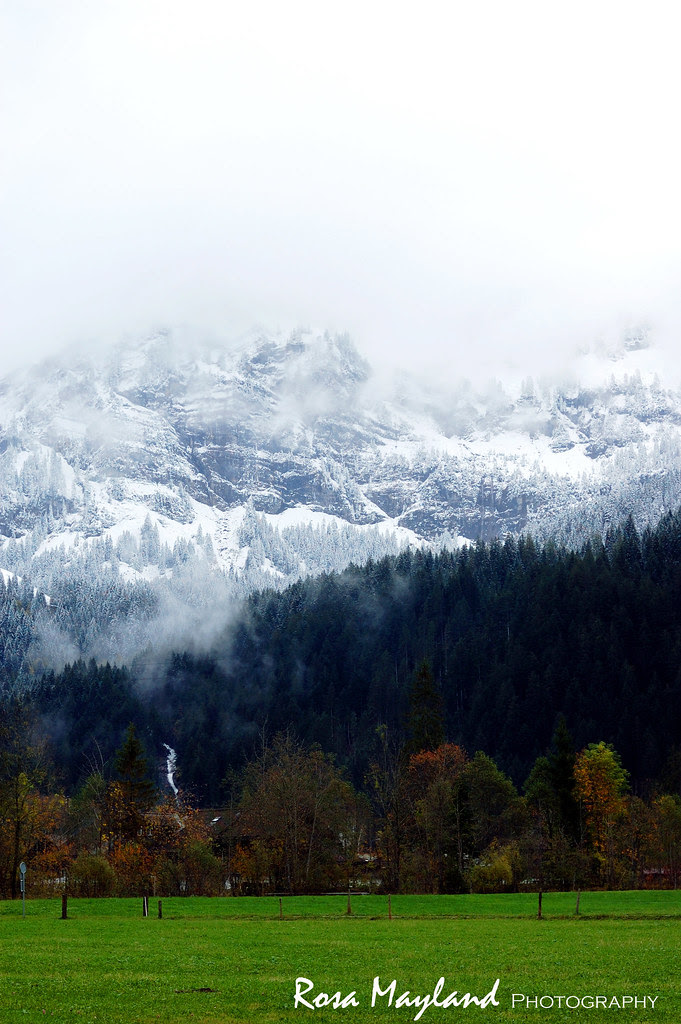 And it isn't just our economy that has been enriched by the arrival of new communities. Our lifestyles and cultural horizons have also been broadened in the process. This point is perhaps more readily understood by young Britons,who are more open to new influences and more likely to have been educated in a multi-ethnic environment. But it reaches into every aspect of our national life.

Chicken Tikka Masala is now a true British national dish, not only because it is the most popular, but because it is a perfect illustration of the way Britain absorbs and adapts external influences. Chicken Tikka is an Indian dish. The Masala sauce was added to satisfy the desire of British people to have their meat served in gravy.

The origin of this creamy and tomatoey stew is highly debated and extremely controversial as nobody seems to know whether it is a street grub which hails from Dehli (Northern India) or if it dates back to the early 1970's and was invented by a Pakistani named chef Ali Ahmed Aslam (check out this article and that one) at his Glaswegian reastaurant. As a result many cuisiniers have tried to hijack its origin and claim credit for it (though without success). Until today its provenance remains a mystery, but that isn't what stops the Brits from eating this scrumptious casserole.

Anyway, why bother and argue about such trivial things? "Chicken Tikka Masala" blends the best of the East and West, and like any great fusion food, it is a true symbol of multiculturalism, tolerance and integration, thus it perfectly represents the precious multifacetedness of Great Britain. Something to be proud of and not to fight over...

Despite having been acquainted with "Tikka Masala" since my early childhood and being an immense fan of curries, the thought of reproducing this delectable fare in my kitchen has never crossed my mind until last year while visiting Prerna's fabulous blog, "Indian Simmer". Her pictures looked so droolworthy that I felt compelled to try her recipe without delay. Needless to say that it was a frank success and it has become a quintessential home meal.

Because I like sharing my coolest discoveries on "Rosa's Yummy Yums", I thought that you'd be happy to find my adaptation of Prerna's fantastic recipe here. Of course, as you know me, I can't abstain from adding my own personal touch to other's creations, so I substituted chicken thighs for turkey breast and for some extra kick and color, I replaced the double cream by sour cream and incorporated ground curcuma plus tomato paste to the sauce. Absolutely exquisite! 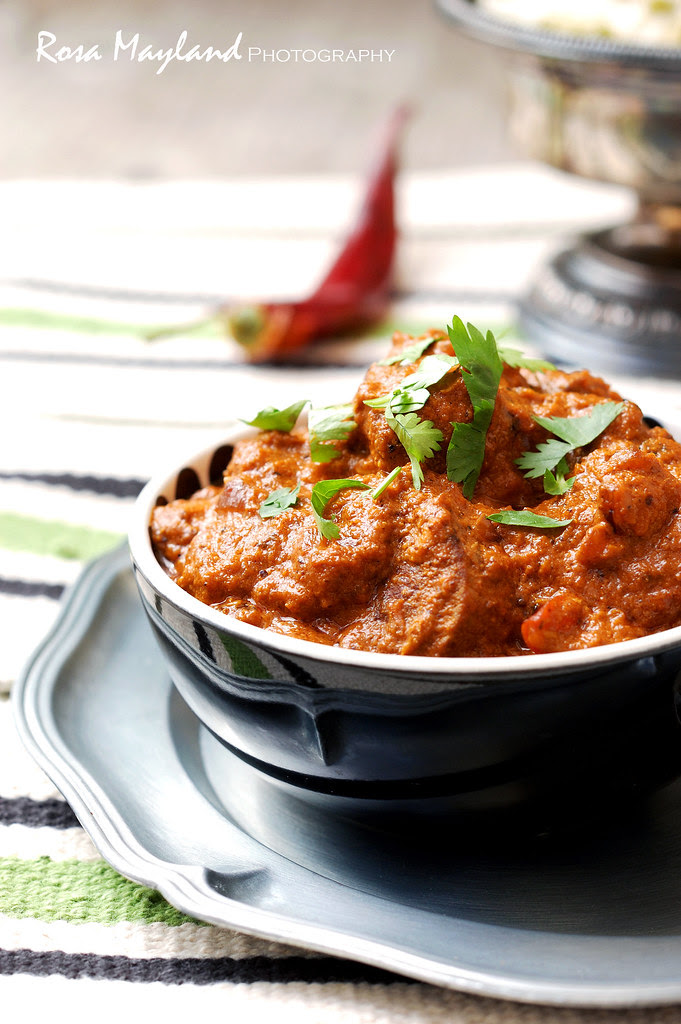 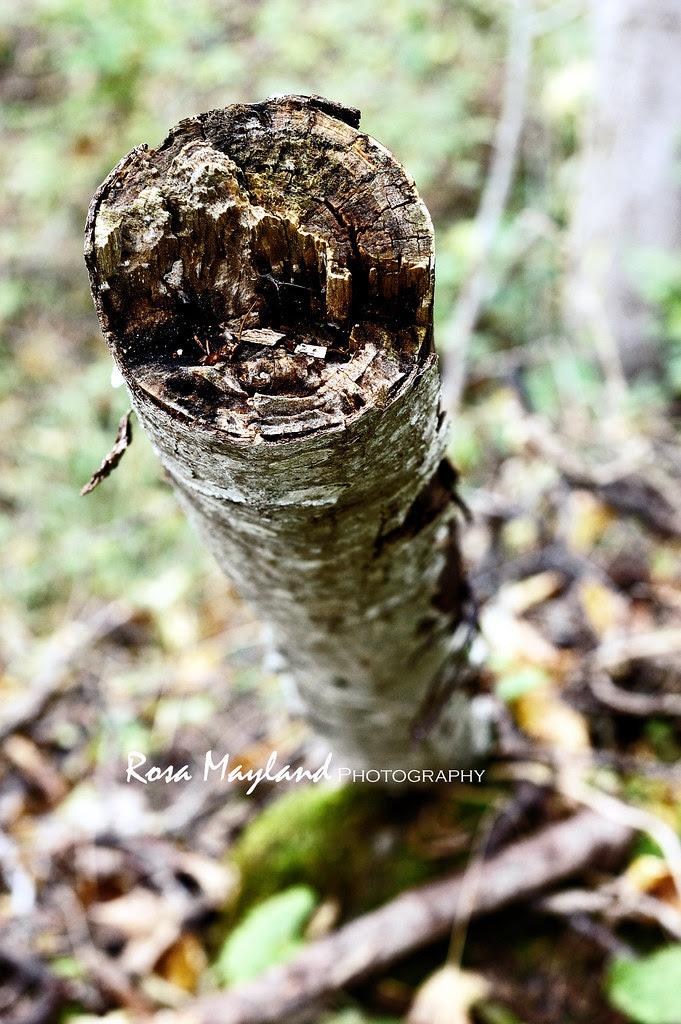 Method For the "Turkey Tikka":
1. To prepare the marinade, mix all the spices together with the yogurt and lemon juice.
2. Add the turkey pieces.
3. Mix everything well. Cover the bowl and let it sit in the refrigerator for at least an hour (or overnight).
4. In a frying pan or wok, add the olive oil and stir-fry the turkey (in small batches) for about 4 minutes or until golden brown on each side (don't cook them through, though). Set aside.
Method For The "Masala/Tomato Sauce":
5. Pour the oil in a hot thick-bottomed pan, frying pan or a wok.
6. Add the chopped onion and stir-fry until translucent, then add the ginger and garlic paste. Turn the heat to medium and let the paste slowly cook for 1/2 a minute.
7. Add the onion powder and spices. Stir-fry for a few second, until fragrant.
8. Add the pureed tomato and tomato paste. Stir well.
9. Let the sauce simmer for about 15-20 minutes (stir occasionally scraping the bottom of the pan), or until the sauce is thick and ressembles a concentrated paste.
10. Add the cooked turkey cubes along with the drippings and the sour cream. Mix well and let the stew simmer for another 10-15 minutes.
11. Turn off the heat, cover with a lid and let the tikka masala sit for at least 10 minutes before serving (this helps the flavors to develop).
12. Garnish with the chopped cilantro and serve.

Remarks:
If you don't like turkey, try making this dish using 4 boneless and skinless chicken thighs or paneer (vegetarian) cut into cubes.
Instead of stir-frying the meat, you can also thread the turkey (or chicken/paneer) pieces onto skewers and then grill the skewered turkey (or chicken/paneer) until done or pop it into the oven for 15-20 minutes at a temperature of 200° C (400° F). 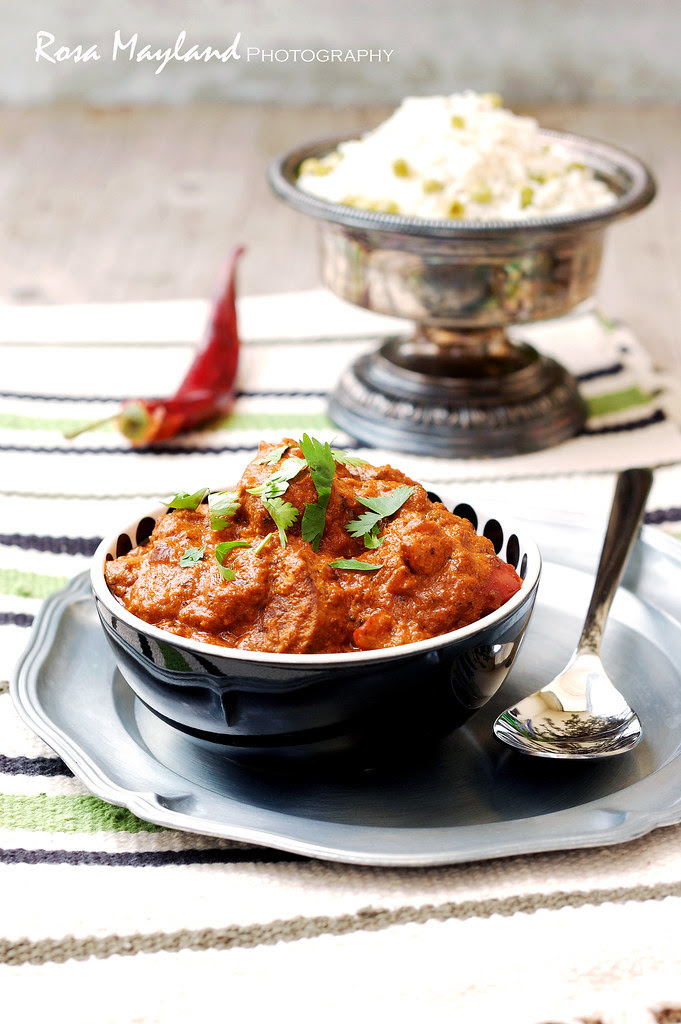 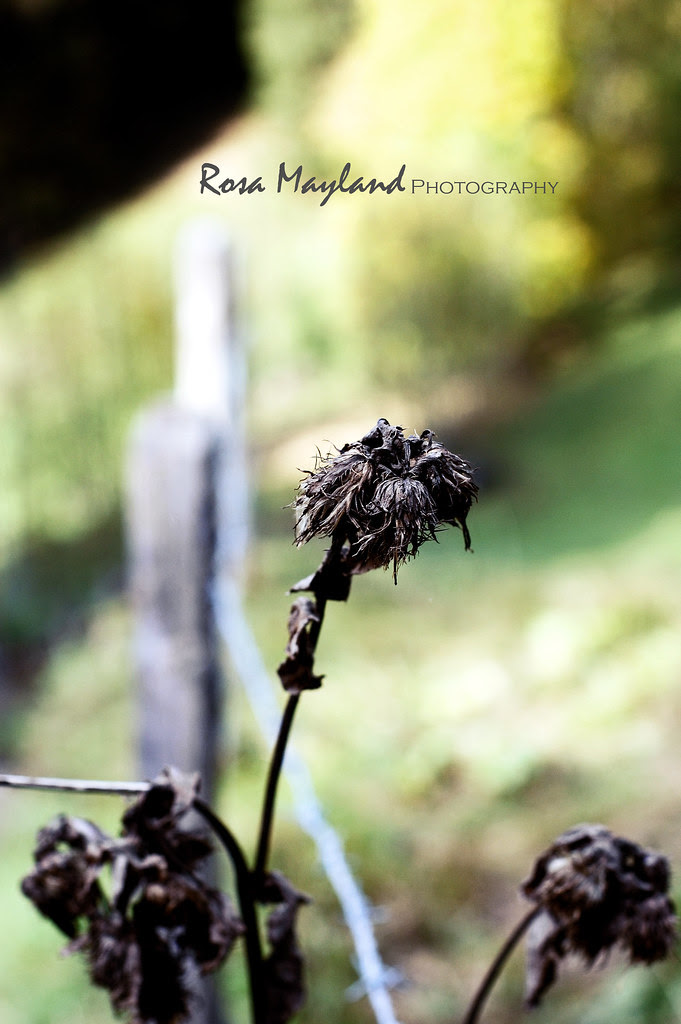 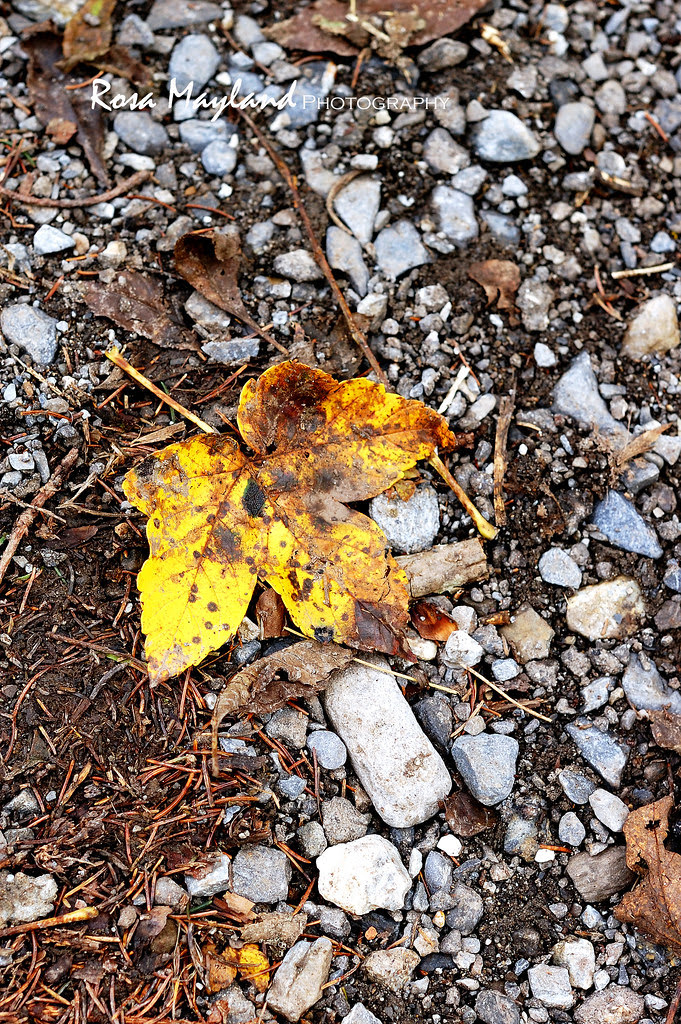